Pharr, TX / 2006 - The shadow of J.C. Ortiz is cast on a wall at the American Legion Post 101 in Pharr, TX as he speaks to a veteran following Memorial Day ceremonies on May 29. Within weeks of this event, Ortiz was exposed as an imposter for posing, in uniform, as a retired military veteran and hero from the Vietnam war. For at least 15 years, he promoted his false accomplishments and appeared in public with medals and stripes that were never earned, including a fictitious story about receiving seven Purple Hearts and serving four tours of duty in Vietnam. He was dishonorably discharged from the Marine Corps in 1959 for going AWOL after three years of stateside service as a military base gate guard. Photo by Mike Roy / The Monitor 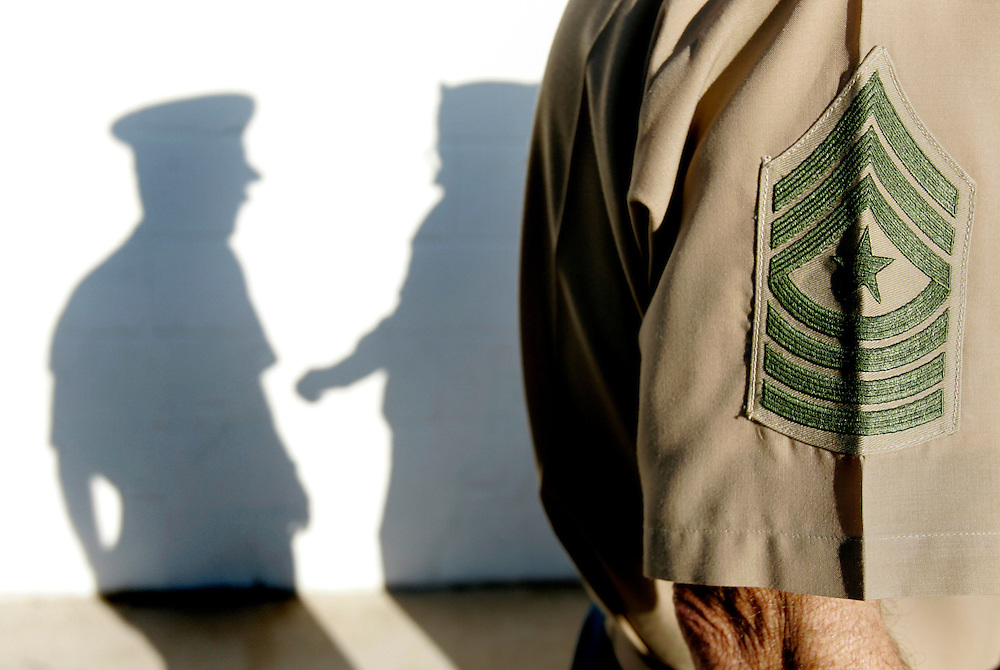