Stepinac wide receiver William McCaffrey, 18, tries to catch the ball in the end zone on this passing play as White Plains defensive back James Briggs, 11, tries to defend at the annual Turkey Bowl football game between Stepinac and White Plains on Thanksgiving, Nov. 22, 2007. The game occurred at a renovated Parker Stadium at Highlands Middle School and was played on the stadium's new synthetic turf to a packed stadium, with Stepinac beating White Plains by a score of 26-13. ( Mike Roy / The Journal News ) 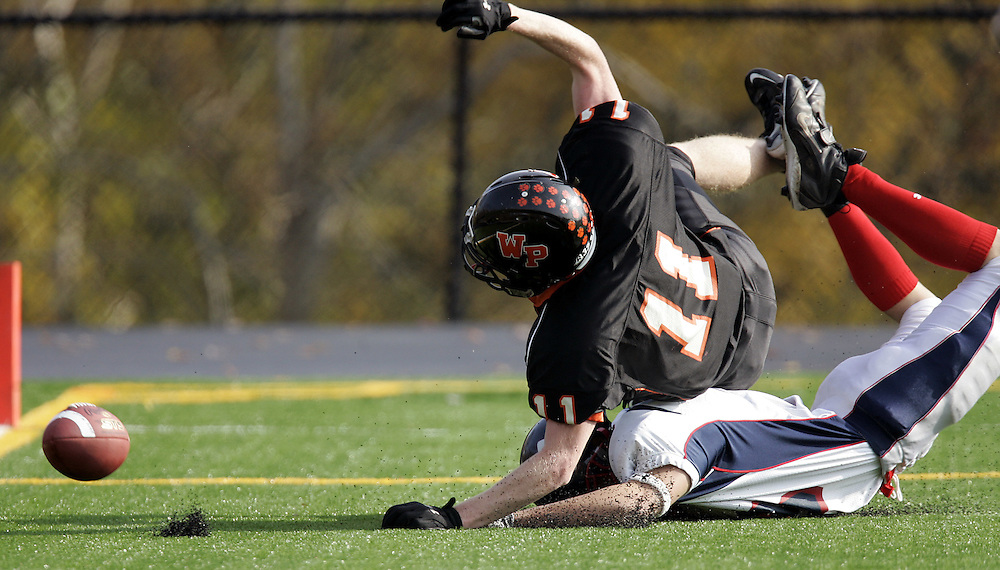