Carmel, NY / 2009 - Hessy Derman, left, and Grace Seholm care for two goats they rescued from roaming on Interstate 684 between Mt. Kisco and Armonk, saying they didn't want the goats getting hit by traffic. After chasing the two goats (which have since been named Thelma and Louise) into nearby woods and private property, they safely captured the roaming animals. The women claim the goats are sick, malnourished, have ticks and need to be seen by a veterinarian. "We'd like to keep them," said Derman, "but if not, after they get healthy, we know someone at a petting farm that would be willing to take them, and they could be used at kids' parties and stuff." ( Mike Roy / The Journal News ) 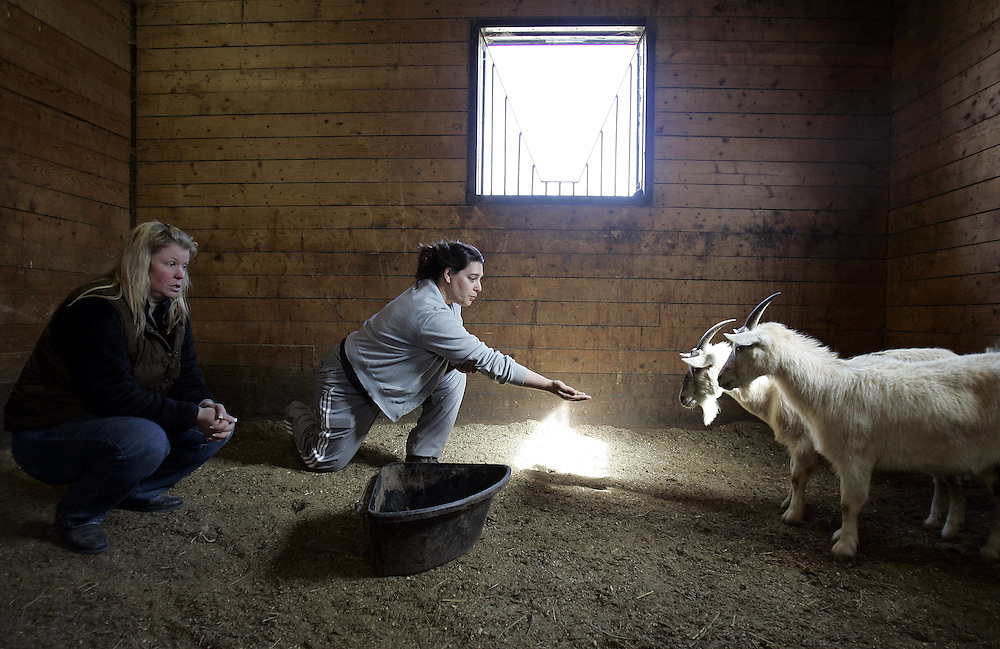